In 2014, Urban Water Solutions was engaged by Kehoe Meyers to develop a pressure sewerage servicing strategy for the Wellcamp Business Park and airport.  The pressure sewerage system was to service the airport terminal building, surrounding industrial units and would receive flows from aircraft waste.  It also needed to be flexible to service the 540ha catchment during its staged development. 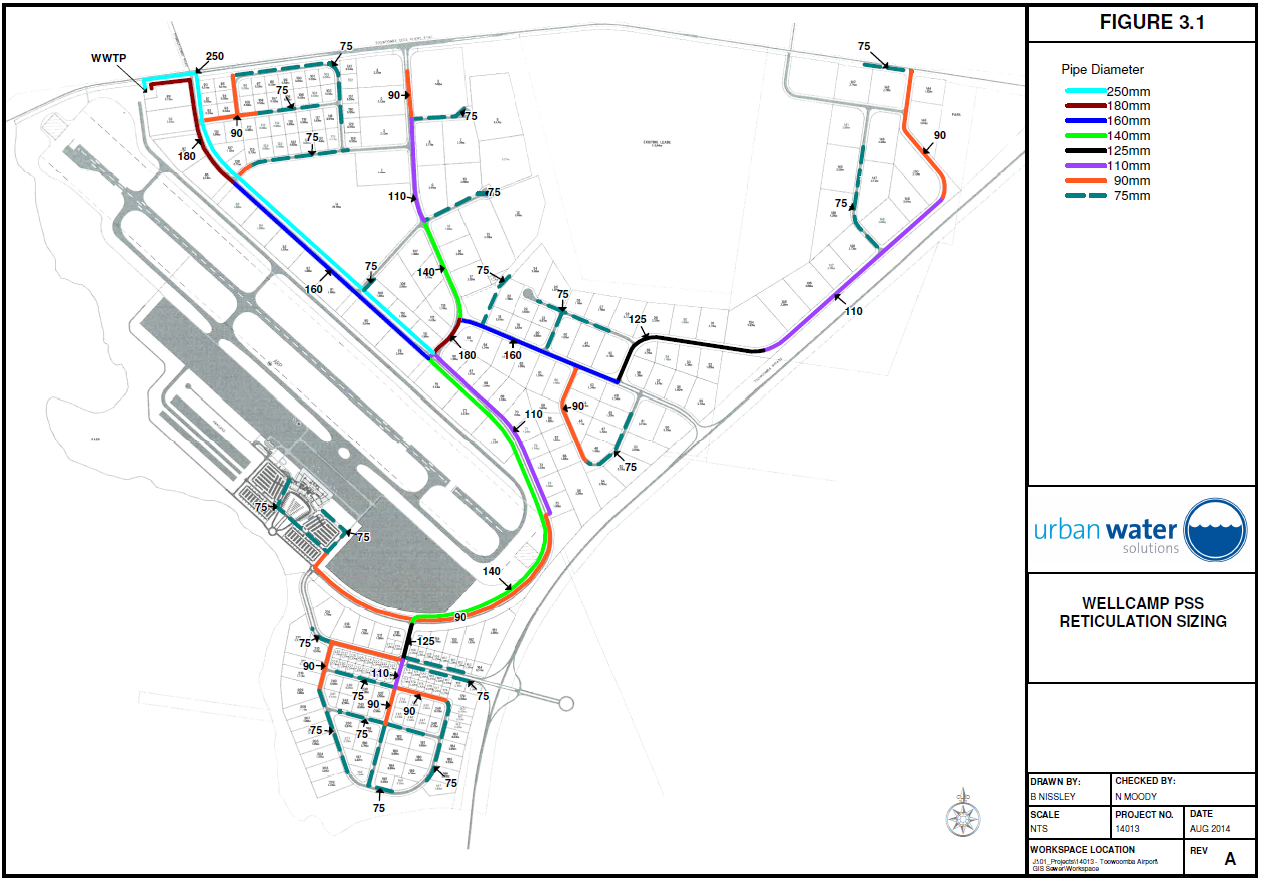