In 2014 Urban Water Solutions developed a new InfoWorks WS hydraulic model of Melbourne Water’s entire transfer network using the latest GIS data, and validated the model against SCADA data recorded during the January 2014 peak demand period.  The validated model was then used to develop a future demand scenario model with planned capital works and expected growth forecasts.  Whilst the 2014 WS transfer model was a powerful tool, it was identified that the model could be improved by incorporating key retailer assets.

Subsequently, in 2015 Urban Water Solutions was commissioned by Melbourne Water to undertake an extension of the 2014 WS transfer model to include key retailer assets.  Using InfoWorks WS, retailer mains of 225mm diameter above were added to the model together with other key retailer assets.  The extended model consists of 156 storages, 269 pumps, 491 control valves and 4,809km of main.

The extended model allowed customer demands and usage patterns to be directly assigned to customer meter points, enabling the model to better predict flows at each Melbourne Water offtake location.

Urban Water Solutions had an ongoing role assisting Melbourne Water in various applications and refinements of the model from 2016 to 2018.  In 2018 Urban Water Solutions were engaged under a new contract to undertake further updates of the model to incorporate all recent construction and operational changes. Further stages of the contract involve the direct linking of controls to the SCADA system and an updated verification to reflect current conditions. 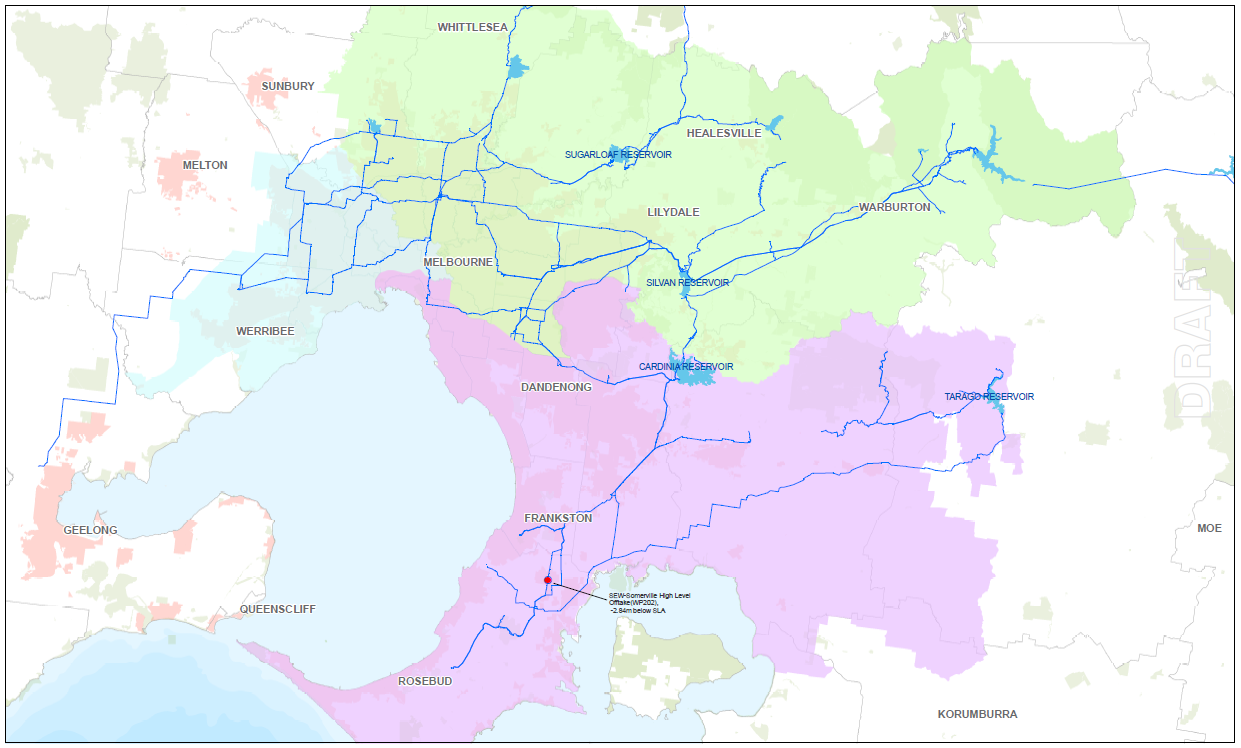