In 2008-09 Urban Water Solutions, in partnership with Halcrow Pacific and CSIRO, was engaged by Melbourne Water Corporation to develop appropriate tools with which to model the flows, nutrients, energy, water and costs throughout Melbourne’s metropolitan sewerage system over the lifecycle of system assets.  Melbourne Water also sought the development of “centralised” and “behavioural” options to manage sewage and biosolids for a range of future scenarios.

A suite of modelling and assessment tools was developed to enable the range of plausible future scenarios to be assessed, which together formed the Metropolitan Assessment Sewerage Strategy Tool (MASST).  MASST’s primary analysis platform/engine was Melbourne Water’s existing InfoWorks CS hydraulic model, which was updated, complemented by a series of modules developed to post-process the InfoWorks output results.  The quantitative outputs produced by MASST enabled comparison of flows, nutrients, energy usage and production, H2S generation, greenhouse gas generation and cost across the sewerage system. 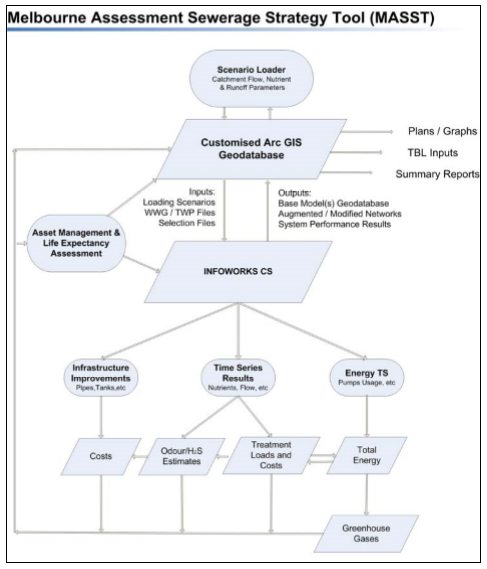 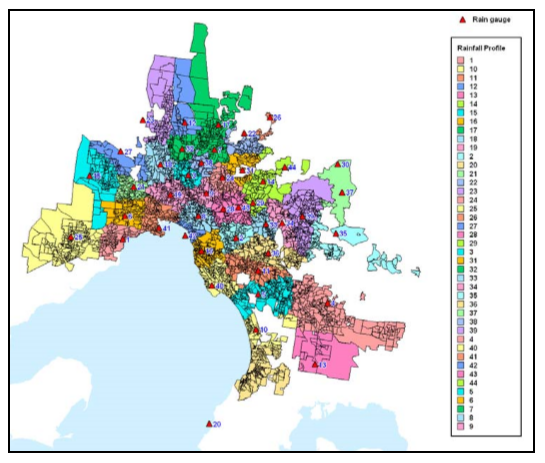 The project identified limitations in Melbourne Water’s hydraulic model which were primarily an historic legacy from the technology available when the model was initially developed in the 1990s.  Recommendations were provided for improvements and refinements to the model.