Following the successful completion of a pilot study of the use of IWLive for operational modelling of Melbourne Water’s Winneke water supply system, Urban Water Solutions was engaged by Melbourne Water to lead the development of an Operations Model for its Cardinia System using IWLive.  The Operations Model would then be used to forecast the future 7-day performance of the Cardinia water supply network.

The Cardinia model consists of around 300km of Melbourne Water’s trunk mains supplied from the Cardinia and Tarago storage reservoirs.  Key sections of retailer South East Water’s networks were added to the Cardinia model to improve the representation of demands.  Demand forecasts generated by “DemandWatch” were applied to offtake locations within the expanded model.

User Programmable Controls were assigned to control valves and pumping stations in the model and linked to control settings in the Melbourne Water SCADA system.  An SQL server database was set up to store the other critical control settings required for network operation that were not recorded in the SCADA system.  The controls stored in the SQL server database were also linked to the model.

Urban Water Solutions provided training to Melbourne Water Operators in the use of the Cardinia IWLive Operations model to test a range of operational scenarios such as storage or pump shutdowns. 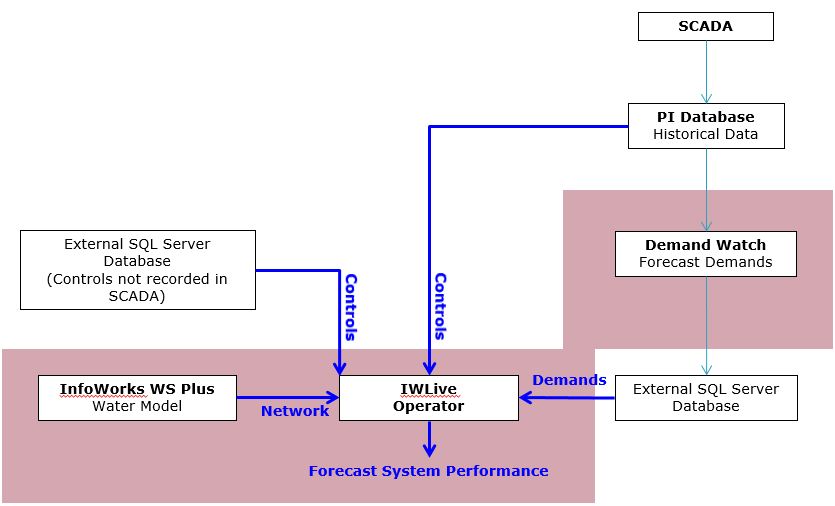